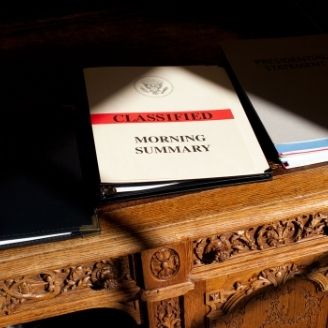 The declassification of intelligence before and after the Russian invasion of Ukraine was unprecedented in its speed, and lauded for its accuracy. Releasing the intel has been credited with stopping the spread of Russia’s false justification for launching an invasion, but in the end did not deter Russia from starting a war with its neighbor. A panel of intel experts gather to discuss the process of declassification, and the impact it has played in the Russian war.