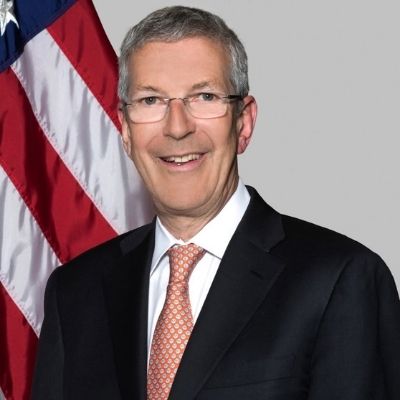 Under Secretary of Commerce for Industry and Security, U.S. Department of Commerce

Mr. Estevez arrived at BIS following an accomplished 36-year career at the Department of Defense, including in two Senate-confirmed leadership positions.  His last position at the Department of Defense was Principal Deputy Under Secretary of Defense (Acquisition, Technology & Logistics), where he was responsible for developing, implementing, and managing acquisition, contracting, installation, and logistics programs and policies that increased combat effectiveness, as well as the department’s efficiency and buying power.

Prior to his last government appointment, Mr. Estevez held several key positions within the Office of the Secretary of Defense, including as the Assistant Secretary of Defense for Logistics and Materiel Readiness.  In this position, he was responsible for providing world-class military logistics support to the men and women of the United States Armed Forces. He was the first career Federal official to hold this position.  Mr. Estevez also served as the Principal Deputy Assistant Secretary of Defense for Logistics and Material Readiness.  Mr. Estevez has been honored numerous times, including three Department of Defense Distinguished Public Service Medals, the Distinguished Civilian Service Medal, two Presidential Rank Awards, and the Service to America Medal (SAMMIE) for National Security.

Most recently, Mr. Estevez served as a national security strategy and logistics executive with Deloitte Consulting, where he worked with clients to innovate and transform their acquisition, contracting, logistics, and supply chain operations.

Mr. Estevez holds a Bachelor of Arts in political science from Rutgers University and a Master of Science in national resource strategy from the Industrial College of the Armed Forces at the National Defense University.

All sessions with Alan F. Estevez