Senior Advisor to the Secretary of Defense for Human Capital and Diversity, Equity, and Inclusion 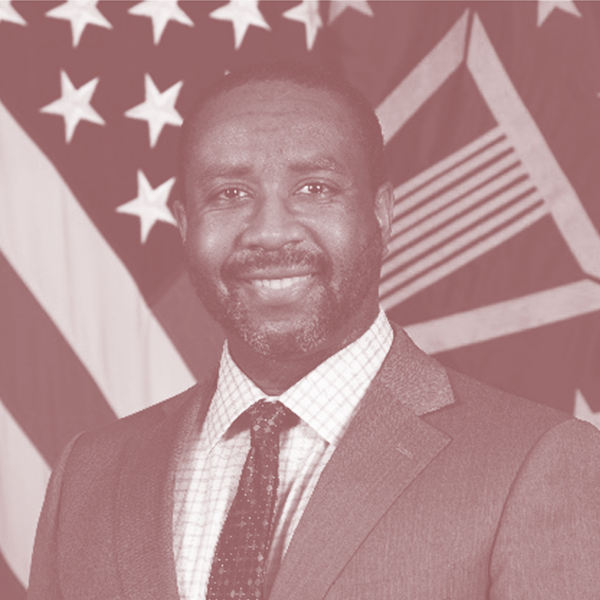 Bishop Garrison serves as the Senior Advisor to the Secretary of Defense for Human Capital and Diversity, Equity, and Inclusion. In this capacity, Bishop serves as a leading counselor to the Secretary and Deputy Secretary on workforce related issues to include sexual assault response and prevention, extremism, DEI issues, and other priority areas. Most recently, Bishop served as the Director of National Security Outreach at Human Rights First (HRF). In this capacity, he was the chief ambassador to the national security community for the organization and led efforts to build partnerships with members of the military and national security communities and national security-focused think tanks and research institutions. Bishop also led Veterans for American Ideals, an HRF project and nonpartisan movement of veterans who advocate American leadership on human rights.

Bishop attended the United States Military Academy at West Point graduating in 2002. He served two tours in Iraq with the U.S. Army. Following his service, Bishop graduated from the William and Mary School of Law in Williamsburg, VA. He served in the Obama 2012 Re-election Campaign and later in the administration in a variety of national security roles. Following his time in the administration, he served as the Deputy Foreign Policy Adviser on the presidential campaign of Secretary Hillary Rodham Clinton.

Bishop is the recipient of two Bronze Stars, a Meritorious Service Medal, and a Combat Action Badge. His civilian accolades and awards include the Office of the Secretary of Defense Medal for Exceptional Public Service as well as several citations from the Department of Homeland Security and the Obama administration’s White House. Bishop also received the 2017 Taylor Reveley “Citizen Lawyer” Award from the College of William and Mary Law School.

Currently, Bishop resides in Northern Virginia with his family. He enjoys reading, creative writing, exercising, and playing and watching sports.

All sessions by Bishop Garrison