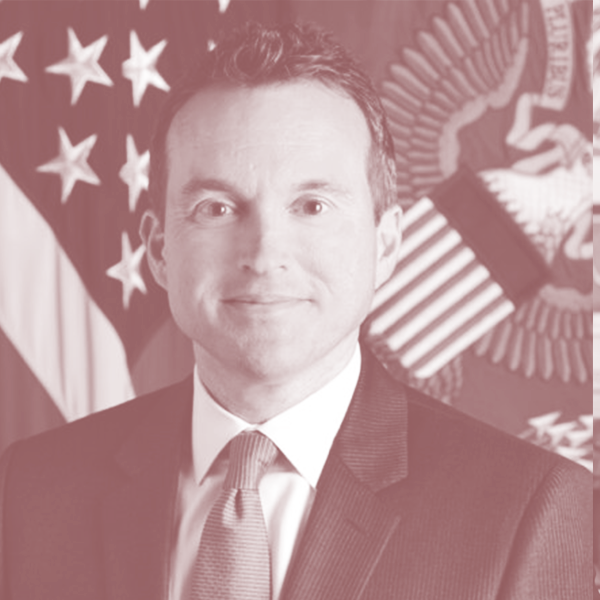 Eric Fanning was the 22nd Secretary of the Army, appointed by President Obama on May 18, 2016. He is the first person to have held senior Presidential appointments in all three military departments.

As Secretary of the Army, he had statutory responsibility for all matters relating to the United States Army, its $147 billion budget, and its 1.4 million people: manpower, personnel, reserve affairs, installations, environmental issues, weapons systems and equipment acquisition, communications, and financial management.

From June, 2013 through December, 2013 Fanning simultaneously served as Acting Secretary of the Air Force.

From 2009 to 2013, he served as the Deputy Under Secretary of the Navy/Deputy Chief Management Officer. In this role, he led the department’s business transformation and governance processes and coordinated several efforts to identify enterprise-wide efficiencies.

From 2008 to 2009, Fanning was Deputy Director of the Commission on the Prevention of Weapons of Mass Destruction Proliferation and Terrorism, which issued its report in December of 2008. He joined the commission staff from CMG, a strategic communications firm, where he was managing director. From 2001 to 2006, he was Senior Vice President for Strategic Development at Business Executives for National Security, a Washington, DC-based think tank.

Prior to joining BENS, Fanning was at Robinson, Lerer & Montgomery, another strategic communications firm. From 1997 to 1998, he worked on the national and foreign assignment desks at CBS National News in New York. From 1991 to 1996, he worked in various political positions in Washington, D.C.: he was a research assistant with the House Armed Services Committee, a special assistant in the Immediate Office of the Secretary of Defense, and Associate Director of Political Affairs at the White House.

He is a graduate of Dartmouth College.

All sessions by Eric Fanning

Security in the Balance: Gaming the Next Defense Strategy