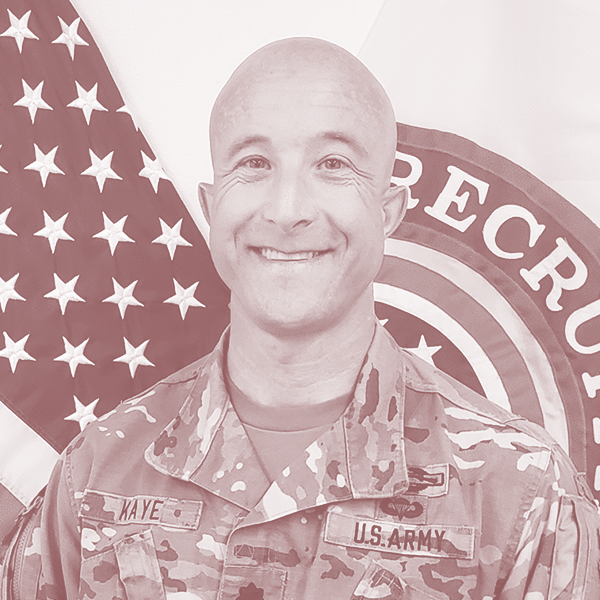 Lieutenant Colonel Kaye deployed with the 173rd Airborne Brigade to Iraq from 2003-2004 as a Platoon Leader and to Afghanistan from 2005-2006 as a Scout Platoon Leader and Company XO. He deployed to Iraq with 1st Special Forces Group from 2008-2009 as a Battalion S2, and deployed to Afghanistan with the 130th Engineer Brigade from 2013-2014 as a Brigade S2.

Lieutenant Colonel Kaye is married to Mrs. Sarah Kaye and they have two children; Samuel and Jonathan.