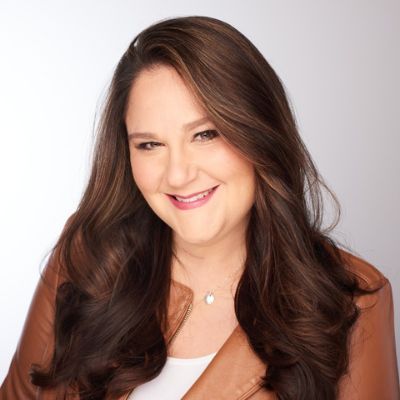 Jacqueline is the founder and CEO of Gamebreaker.AI, a company catalyzed by her experience in the federal government, and her policy and regulatory expertise. Gamebreaker.AI aims to define the next generation of RegTech, bringing structure, transparency, access, and insights to the labyrinth of global regulation.

Prior to founding the company in early 2022, Jacqueline served as the first Vice President, Innovation for Landus – a multi-billiondollar agricultural coop headquartered in Iowa. Before her foray into agro-innovation, Jacqueline spent 15 years in the federal government, most recently, as the Acting Deputy Director and inaugural Chief Performance Officer of the Department of Defense’s (DoD) Joint Artificial Intelligence Center (JAIC). In this capacity, she oversaw day-to-day operations for the 200+ person, $250M Center; led engagements with the White House, Congress, and other key stakeholders and investors to raise awareness of DoD AI programs and secure policy priorities in support of JAIC offerings; and designed DoD’s inaugural AI performance framework.

Jacqueline began her career at the Central Intelligence Agency, leading a team of futures analysts to inform acquisition and investment planning. She then transitioned to the Office of the Director of National Intelligence, where she helped lead the development of IC priorities. Finally, Jacqueline served at the Defense Intelligence Agency (DIA), as a Counterterrorism Manager, Senior Policy Advisor, and Chief of Customer Engagement.

Following a decade of service in the executive branch, Jacqueline joined the House Permanent Select Committee on Intelligence where she served as the defense intelligence monitor. While on the Committee, she led a 14-month long review of DIA’s roles and missions, created a roadmap for defense intelligence reform, and codified findings and legislative recommendations in the FY19 National Defense Authorization Act.

In late 2018, Jacqueline returned to DoD to lead implementation of several of the reforms she had identified as a Hill staffer. As Senior Advisor to the Deputy Under Secretary of Defense for Intelligence and Security, Jacqueline designed the framework DoD is now using to assess defense intelligence and security component health and readiness and designed, secured funding for, and oversaw the development of GAMECHANGER – DoD’s first, AIenabled policy/legal analytics platform to automate the discovery and mapping of DoD authorities, roles, missions, responsibilities, and component interdependencies.

Jacqueline holds a Bachelor of Arts degree in French with a minor in classical vocal performance and a Master of Public Affairs degree from the University of Texas at Austin, as well as a Masters in National Security and Strategic Studies from the U.S. Naval War College’s College of Naval Warfare. She is passionate about growing and promoting women leaders, having founded Command After Next – a small group dedicated to the mentorship, professional development, education, and championship of women in national security.

All sessions with Jacqueline S. Tame