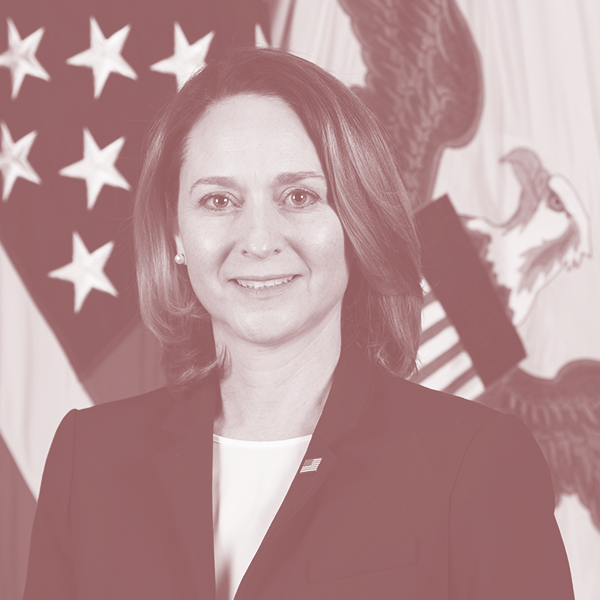 Dr. Kathleen H. Hicks serves as the 35th Deputy Secretary of Defense; she was sworn into that office on Feb. 9, 2021.

Prior to becoming Deputy Secretary, Dr. Hicks held the position of senior vice president, Henry A. Kissinger Chair, and Director of the International Security Program at the Center for Strategic and International Studies. From 2009 to 2013, she served as a senior civilian official in the Department of Defense. Confirmed by the United States Senate in 2012 as principal deputy undersecretary of defense for policy, she was responsible for advising the secretary of defense on global and regional defense policy and strategy. She also served as deputy undersecretary of defense for strategy, plans, and forces, leading the development of the 2012 Defense Strategic Guidance and the 2010 Quadrennial Defense Review and crafting guidance for future force capabilities, overseas military posture, and contingency and theater campaign plans.

Prior to becoming the DUSD for SPF, from 2006 to 2009 Deputy Secretary Hicks was a senior fellow at the Center for Strategic and International Studies. Deputy Secretary Hicks launched her career as a civil servant in the Office of the Secretary of Defense, serving from 1993 to 2006 in a variety of capacities and rising from Presidential Management Intern to the Senior Executive Service.

All sessions by Kathleen Hicks