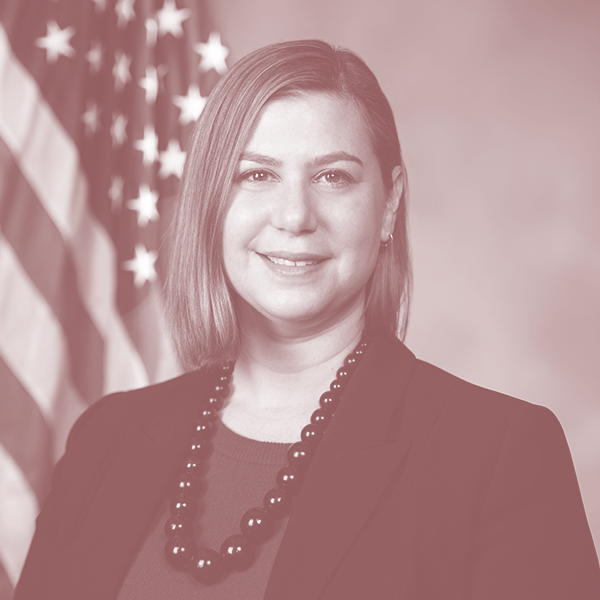 Rep. Slotkin has spent her career in national service. After the 9/11 terrorist attacks, which took place during her first week of graduate school in New York City, Rep. Slotkin knew that national service would define her career. She was recruited by the Central Intelligence Agency (CIA) to be a Middle East analyst and went on to devote her career to protecting the United States from national security threats. In her role at the CIA, Rep. Slotkin worked alongside the U.S. military during three tours in Iraq as a militia expert. In between her tours in Iraq, Rep. Slotkin held various defense and intelligence positions under President Bush and President Obama, including roles at the White House and the Office of the Director of National Intelligence. In 2011, Rep. Slotkin took a senior position at the Pentagon and, until January 2017, she served as Acting Assistant Secretary of Defense for International Security Affairs. In this role, Rep. Slotkin oversaw policy on Russia, Europe, the Middle East, and Africa at the Pentagon and participated in negotiations on some of the country’s most pressing national security issues.

Rep. Slotkin’s home is her family farm in Holly where she lives with her husband, Dave, a retired Army colonel who served for 30 years as an Apache helicopter pilot, and her two rescue dogs, Rocky and Boomer. Her two stepdaughters have pursued their own lives of service, one as a physician and the other as a new Army officer.

All sessions by Rep. Elissa Slotkin